The Borneo World Music Expo consists of a trade fair, musical showcases, conferences, exhibitions and networking sessions. It brings together the worlds of traditional, ethnic, folk and roots music to Kuching, Sarawak for the 3-day event. The expo is the first of its kind to be organized in South East Asia. The 2013 edition is the inaugural event.

The exposition is the prelude to Sarawak's iconic music festival; the Rainforest World Music Festival which will take place two days later (28-30 June 2013). This annual event is intended to serve as a platform to expose South East Asia ethnic musicians to the international market.

The Expo aims at bringing together professionals from the worlds of folk, roots, ethnic and traditional music and also includes concerts, conferences and documentary films. It contributes to networking as an effective means of promoting music and culture of all kinds across frontiers.

The public is welcome at the evening showcases on 25 & 26 June. 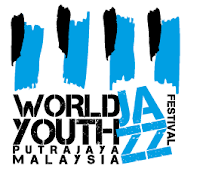 The WORLD YOUTH JAZZ FESTIVAL MALAYSIA (WYJF) offers the youth of the world to not only be able to showcase their jazz talents but to also integrate, collaborate, interact and network between themselves and established jazz musicians from all over the world not only amongst jazz lovers but with other lovers of other genres of music, towards world peace and harmony.

Besides the annual WYJF, there would be constant jazz events and happenings to make Malaysia the true home of World Youth Jazz. Prior to the main event annually, a series of mini jazzfests would be held in Putrajaya and other cities in Malaysia to keep jazz alive and growing. 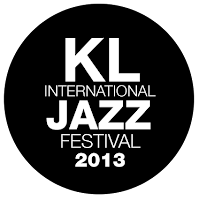 The KL International Jazz Festival 2013, which was scheduled for April 27-30 at Universiti Malaya's Dewan Tunku Canselor and Experimental Theatre, has been postponed. The four-day event, which was to have featured jazz heavyweights like guitarists Lee Ritenour and Chuck Loeb, vocalist Keiko Matsui and keyboardist Jeremy Monteiro, among others, will now be held on Sept 14 and 15.

"With the impending general election, ground speculation is that polling day will be on April 27, so that's why we've postponed the festival," said Rodin Kumar, managing director of the festival.
Frigged by Dave Avran at Monday, April 22, 2013 No comments: 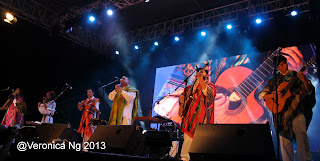 The Penang World Music Festival stormed back after a 3 year break bigger and better than ever before with a diverse genre of musical mélange of international and local musicians amidst the lush beauty of nature at Quarry Park, Penang Botanic Gardens.

The lineup featured musicians from 12 groups from all over the world including Turkey, Iran, Portugal, Philippines, West Africa and of course homegrown Malaysian talent.


Frigglive was there to catch the excitement. Click here for our review.