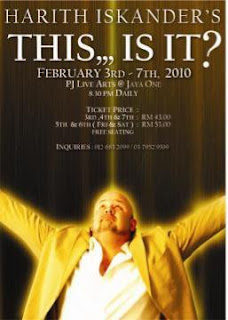 click on image to enlarge
Frigged by Dave Avran at Tuesday, February 02, 2010 No comments:

Email ThisBlogThis!Share to TwitterShare to FacebookShare to Pinterest
Friggin Tags: comedy, harith, stand up, This...is it 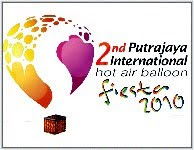 One of the most awaited events in Putrajaya is due to make a comeback. You can experience what it feels like riding in a hot air balloon at the 2nd Putrajaya International Hot Air Balloon Fiesta 2010 from 18 – 21 March 2010. The Malaysian Sport Aviation Federation (MSAF) and AKA Balloon Sdn Bhd will be co-organising the event, to be held at the car park area of the Monumen Alaf Baru at Presint 2, Putrajaya. Come and see 23 specially designed hot air balloons from around the world. There will also be other side activities during the fiesta. These activities include: - Tethered hot air balloon rides (8am-10.30am and 6pm-9pm) - Sphere / Waterball rides - Inflatables / bouncing world - Autoshow - Bazaar - Petting Zoo - Helicopter rides (8am-12noon and 3pm-7pm) - and many more great family fun events. The highlight of the event would be on Saturday, 20 March, where the nightglow display will be held, followed by a fireworks display (8.30pm). Entrance to the fiesta is free, and opens from 7am - 9pm. For further information, please contact 03 7981 8769 / 8712 or visit www.myballoonfiesta.com.
Frigged by Dave Avran at Monday, February 01, 2010 No comments: 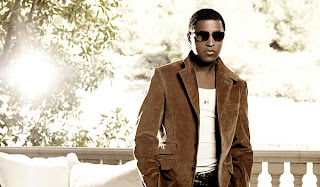 Ten time Grammy award-winning R&B star, Kenny 'Babyface' Edmonds will be enchanting Malaysians when he stages his first ever KL concert at the Plenary Hall, Kuala Lumpur Convention Centre on 5 March, at 8.30 pm. KL is the first stop on his South East Asian tour.

A renowned singer-producer-songwriter, Babyface was an inescapable presence in the 90s. He was responsible for bringing back the image of the smooth, sensitive, urban R&B crooner. 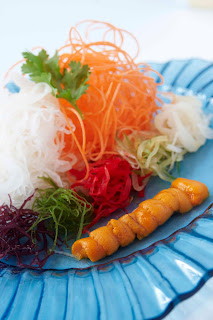 Yee Sang, a traditional dish symbolic of abundance, prosperity and vigour is a must-have to usher in the Lunar New Year.

Traditionally offered on the seventh day of the Lunar New Year, this dish of prosperity is making an early entrance at Toh Lee Chinese Restaurant in many different variations: Uni and Tobiko; Sliced Abalone; Jellyfish; Salmon; Fresh Vegetables and Fruits; and Lobster….all accompanied by a generous selection of shredded vegetables, sauces and condiments.

Click on the title for more information
Frigged by Dave Avran at Monday, February 01, 2010 No comments: