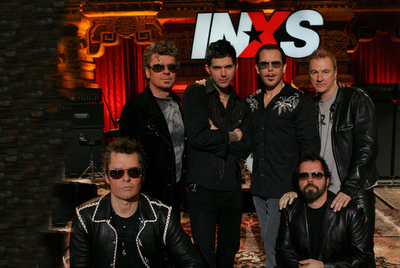 The INXS Switched On World Tour ‘Live’ in Kuala Lumpur concert, exclusively presented by Celcom. 18th August. 8.30pm, Stadium Merdeka This marks the band’s first trip to Malaysia with original members Andrew Farriss (keyboards, guitar), Tim Farriss (guitar), Jon Farris (drums), Garry Beers (bass) and Kirk Pengilly (guitars/sax, vocals). INXS were responsible for hits like Suicide Blonde, Need You Tonight, Never Tear Us Apart, Devil Inside and New Sensation lead singer Michael Hutchence. They suffered a cruel blow with the death of Michael in 1997. Last year, the band made a comeback with the reality TV show, Rock Star: INXS, where they conducted an international search for a new lead singer. Canadian JD Fortune beat thousands of other hopefuls and went on to record his first album with INXS, Switch. Shortly after completing the record, INXS and JD Fortune went on tour to promote Switch with their INXS Switched On World Tour that started in their home country. After successfully touring the United States, INXS is heading for Malaysia to remind fans here why the band has lasted almost two decades. INXS will play a two-hour show, showcasing a selection of their old hits and new tracks from Switch, the band’s first full-length studio album since 1997’s Elegantly Wasted. KL Hilton, playing host to the band, is also on the right track in promoting arts and the entertainment scene. The INXS Switched On World Tour ‘Live’ In Kuala Lumpur is also organised by Galaxy Productions. Tickets range from RM62 (free seating) to RM382 (free standing in front of stage) 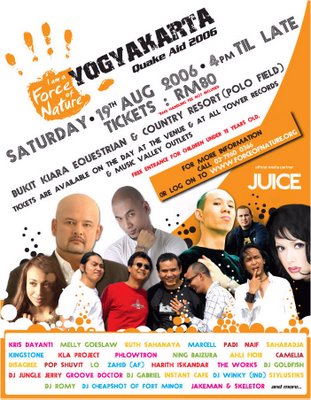 On Saturday, May 27 2006, an earthquake measuring 6.3 on the Richter scale hit the province of Yogyakarta on the Java Island of Indonesia. With over 35,000 people injured and over 300,000 homes destroyed, the estimated cost of rebuilding has been put at RM 2 Billion. Early media attention ensured that Malaysians responded well over the first few days of the tragedy. However, good as that initial response was, there still remains much to do. To help the people of Yogyakarta fully recover from this natural disaster and achieve prosperity and independence once again, The Force of Nature Aid Foundation (FON) has developed a compelling event to unite in support of them through the FON – Yogyakarta Quake Aid 2006. The event will feature 3 stages offering some of the best of Malaysian and Indonesian entertainment, a variety of carnival attractions and an exclusive V.I.P. Lounge The Main Ticket stage will feature live popular music artists and bands including Kris Dayanti, Melly Goslow, Ning, Sheila Majid, Dayang Nurfaizah, Pop Shuvit, LO, Disagree, Padi, Anuar Zain and more. A DJ pavilion to excite the youth and dance music enthusiasts featuring the likes of DJ Gabriel, The Works, Stylustiks, DJ Winky, DJ Romi, internationally acclaimed DJ Cheapshot and more. A Comedy Theatre stage adds laughter with stand-up comedy by the big names of the Malaysian comedy scene including Instant Café, Harith Iskandar, Scenario, Afdlin Shauki, Jit Murad and more. A day-long Family Carnival to attract every level of society with fun and games from paintball, foosball to PlayStation 2 booths and giant bouncing castles, even a hot-air balloon! As Malaysians, we love our food so there will be plenty of that! 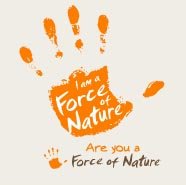 Details: Saturday, 19 August 2006 Bukit Kiara Equestrian Golf and Country Club (Polo field) Carnival, Music and Comedy Festival start from 5.00pm till Late. Note: For corporations wishing to participate in sponsorship for this event, please contact us via email directly at 'smoovepinch at ascension dot com dot my' for us to send you the sponsorship kit.
Frigged by Joe Frigg at Thursday, July 27, 2006 No comments: 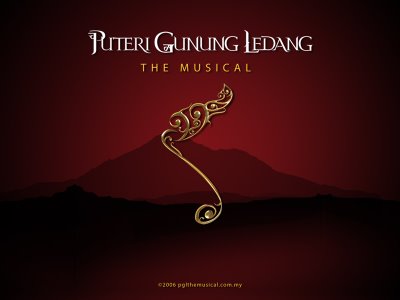 The spectacular show returns on 6th to 21st August at Istana Budaya. See pictures here For ticket prices, bookings and purchases (while stocks last), click here or here or available at Istana Budaya, Kuala Lumpur Box Office: 03-40265558 (Because if you missed it last time, you should not make the same mistake of buying tickets last minute and missing out on getting what everyone who went last time wants to go see again.. seriously) Click here to read our past information on PGL The Musical.
Frigged by Joe Frigg at Wednesday, July 26, 2006 No comments: 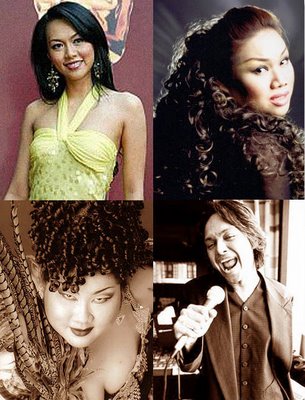 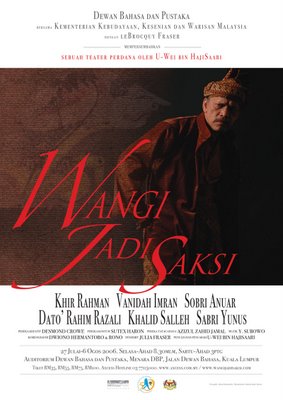 The Pussycat Dolls in Malaysia 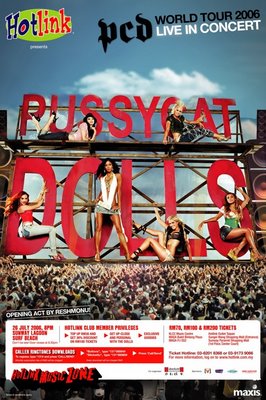 click picture to see larger
POP music’s hottest ‘feline’ group The Pussycat Dolls are coming to town. Sexy sirens Nicole Scherzinger, Carmit Bachar, Jessica Sutta, Melody Thornton, Kimberly Watt and Ashley Roberts, will perform at Sunway Surf Beach, Sunway Lagoon Theme Park, at 8pm on July 26. It’s gonna be a wet and wild night for fans as the babes will strut their stuff to hit songs like Don’t Cha, Stickwitu, Buttons, Sway and Beep. Show promoter, Absolute Entertainment Sdn Bhd, told The Malay Mail that tickets will be priced at RM200, RM100 and RM70. Pre-sale tickets will be available at six Pussycat booths at Hotlink Germany 06 Grand Finale Carnival in Jalan Bukit Bintang on 9th July. Starting out as a burlesque dance revue, The Pussycat Dolls was founded by choreographer Robin Antin and actress Christina Applegate in 1995. They first appeared in Asia in 2004 to open the MTV Asia Awards in Singapore. Yup.. we thot we thaw a putty tat.. a few putty tats.. ooooh.. For ticket details, call 03-6201-8368 or 03-91739066.
For Maxis Hotlink promotion, click here
Download Official Poster here as published in Malay Mail.
Frigged by Joe Frigg at Tuesday, July 11, 2006 No comments: 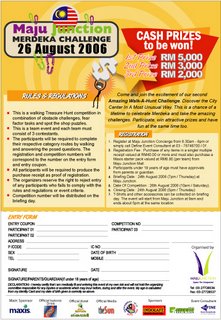 The Maju Junction Merdeka Challenge is back. Bigger, bolder and more exciting with cash prizes of up to RM10,000. This year’s challenge consists of three stages. The first stage is the walk-a-hunt challenge where contestants will have to walk along a 3km route near Maju Junction to complete tasks. The second stage starts once they reach the finish line, and consists of three physical challenges. The third stage gets a bit gruesome with snakes and mice and maggots, much like fear factor.
Frigged by Dave Avran at Monday, July 10, 2006 No comments: 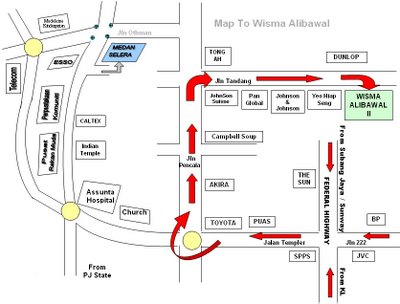 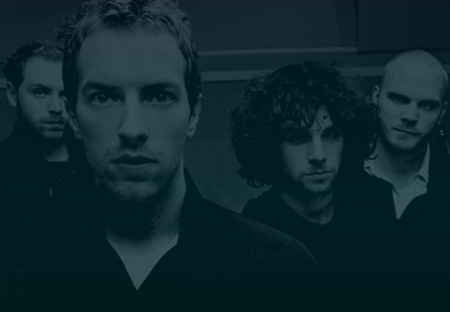 The inaugural MTV Centrestage Singapore, a celebration of live music, is set to rock the nation on 10th of July at the Singapore Indoor Stadium with music icons Coldplay. Staged by Live Nation and MTV Centrestage, COLDPLAY TWISTED LOGIC TOUR 2006 will be presented by Nokia Nseries and supported by Singapore Tourism Board. Coldplay, one of the most awarded bands in the world with 4 Grammies, 4 Brits, 9 MTV Awards and countless others under their belt, will be performing at this one-night only concert, the only Southeast Asia stop in their 2006 tour. The vanguard of new wave British rock, Coldplay stands as one of the five biggest bands in the world. Coldplay are Guy Berryman (bass), Jonny Buckland (lead guitar), Will Champion (drums), and Chris Martin (vocals, guitar, keyboards). Formed in London in 1998, the band signed to Parlophone the following year. Coldplay’s first two albums, Parachutes (2000) and A Rush Of Blood To The Head (2002), have sold over 16 million copies worldwide. X&Y, their most recent album released last year, was recorded in the UK and was produced by Danton Supple (Morrissey, Elbow), Ken Nelson (Badly Drawn Boy, Kings of Convenience) and the band. “Since the initial announcement of the four-year MTV Networks Asia-STB strategic alliance in February this year, there has been much media and public anticipation of the series of 17 events slated for Singapore between 2006 and 2009. Hence, we are very pleased to welcome the annual MTV Centrestage to its permanent home here in Singapore. MTV’s top-rate events will enhance Singapore’s position as a vibrant lifestyle destination that offers world-class entertainment and an exciting schedule of international events, thereby boosting our efforts to become the Entertainment Capital of Asia,” said Mr Oliver Chong, Director, Cluster Development (Events & Entertainment), Singapore Tourism Board. Nokia lends its support to MTV Centrestage as the Presenting Sponsor in Singapore, having previously collaborated with MTV and STB for MTV Fashionably Loud in March this year. “Nokia delights in bringing people together through music - it is a natural extension to our vision of Connecting People," said Chris Carr, General Manager of Nokia Singapore. "Nokia has blazed a trail for music on mobiles - from personalized ringing tones to integrated FM radios and MP3 support. We are particularly excited about the newly launched full-featured, music-optimized Nokia N91 mobile jukebox, which features 4GB of music storage." Tickets for this showcase are on sale at all SISTIC outlets from 19 May 2006. Ticket prices are at SGD$168, SGD$148, SGD$118 and SGD$68. For more information on ticket sales, please visit www.sistic.com.sg As part of the lead up to the July 10th concert, MTV channels throughout Asia will offer their viewers unique opportunities to experience MTV Centrestage including: • One viewer each from Australia, China, Hong Kong, India, Indonesia, Malaysia, Philippines, Singapore, Taiwan and Thailand will also have a chance to catch Coldplay live in Singapore at MTV Centrestage. An online contest where viewers prove that they are the biggest Coldplay fan will be run on www.mtvasia.com from 26 May to 30 June 2006. A trip to MTV Centrestage Singapore including VIP seats at the concert and a new Nokia N91 mobile jukebox phone awaits the winner from each country. • MTV will air three exclusive Coldplay programming specials across its channels in Asia prior to the showcase in Singapore. All Eyes on Coldplay – a half hour special where leading artists ask the band about their albums and tours; MTV Live – Coldplay – an intimate concert taped at a church in East London which premiered exclusively across MTV channels worldwide the night before the launch of X&Y last year; and a 30-minute music special showcasing Coldplay’s hits. Coldplay has been a part of many recent MTV events including the 2005 Europe Music Awards in Lisbon and the 2005 Video Music Awards in Miami. For more information on Coldplay, please visit www.coldplay.com
Frigged by Joe Frigg at Sunday, July 02, 2006 No comments: 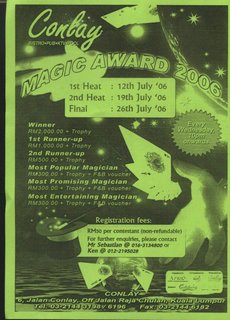