It is good to see that local films are jumping on the indie bandwagon. "CEO"(Chief Executive Officer) scores several firsts, being new kid on the block ARAfilm's first feature film production as well as the directorial debut of newcomer Razaiyam Rashid.

Described as a comedy with "quirky elements" by director, "CEO" also marks his feature film.

CEO" came about after Razaisyam entered a kickstarter reality show and being asked about where he saw himself in five years started him thinking about directing a feature film. 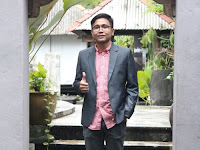 Without being too much of a spoiler, CEO is about Adam (Ishak) the CEO of a successful corporate empire while Sufian (Kusyairy) is a happy go lucky pizza boy whose only aim in life is to play pool after work. In a freak accident their worlds collide that results in Sufian exchanging places with Adam. Having lost everything, Adam is determined to unravel the mystery behind his misfortune.